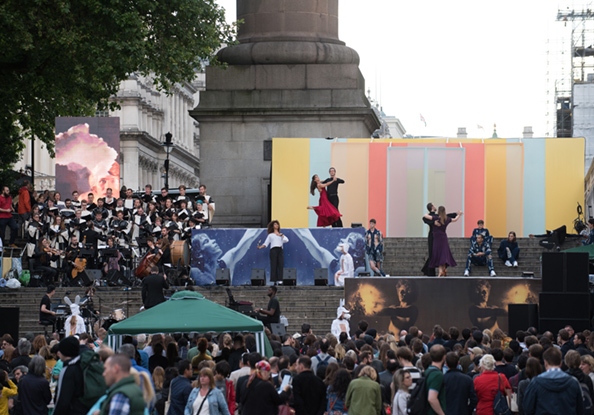 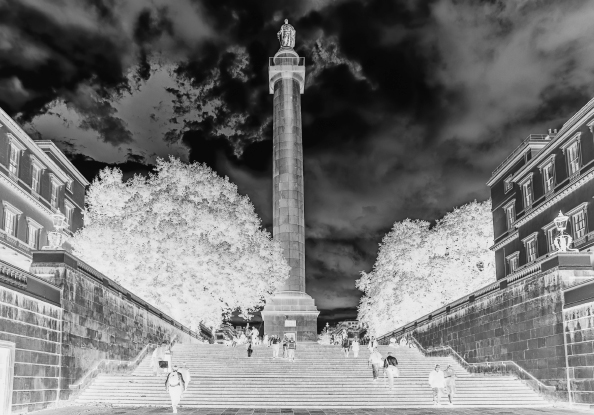 No Prior Booking Required

During the exhibition of the House of the Future prototype – designed in 1956 for the Daily Mail Ideal Home Exhibition, as a vision of an ideal home in 1980 – actors wearing futuristic costumes “performed” the Smithson’s idea of domesticity transformed by the future, which visitors voyeuristically watched through apertures. Donkey Skin is an adaptation of the French fairy-tale by Charles Perrault from 1695 that follows a Princess escape from her father, the King, in his prized donkey’s skin, as he wishes to marry her. Each of these scenarios situates the home as a site of transformation: one in which psychological experience is made visible through, or enacted via, the materials of spaces we inhabit, the things that we wear, and the relationships we form.

The performance will be driven by cycles of music that combine rearrangements of music that are autobiographically significant to Linder, as if memories broken apart, deconstructed and then reformed. Alongside this, new composition will experiment with layers of genre, form and orchestration, to test the ranges and limitations of instruments and voices, forming a musical collage that overlaps, repeats and disintegrates.

The performance is created in collaboration with composer Maxwell Sterling; with costumes by London designers curated by Christopher Shannon; musicians including The Fourth Choir, Professor Surinder Singh and the Raj Academy; alongside Northern Soul, ballroom and tap dancers.

To read more about the artist, visit the frieze archive.

The nearest tube station is Charing Cross or Piccadilly Circus.

To reach the Duke of York Steps from Charing Cross follow the signs for Trafalgar Square. Head through Admiralty Arch near the south west corner, on to The Mall. The Steps are located approximately 50 metres on the right hand side. To reach them from Piccadilly Circus head down Lower Regent Street to Waterloo Place.

There is a bus stop on nearby Trafalgar Square or Cockspur Street. Please note that no bus services operate on The Mall.

There are bike racks for locking bikes at the top of the Duke of York Steps. Directly behind the ICA on the corner of Waterloo place and Carlton House Terrace is a London Cycle Hire docking station. You can use Cyclestreets to plan your cycle journey.

There is no parking on The Mall but the main entrance of ICA, right next to the Steps is available for dropping off passengers. There are metered parking bays in Waterloo Place and Carlton House Terrace, and there are also car parks in Whitcombe St and Spring Gardens, both off Trafalgar Square.